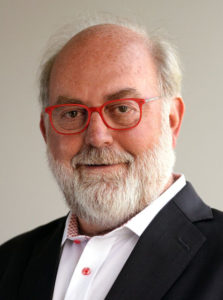 Founded in 1997 as a 501(C3) non-profit, by internationally renowned futurist, author, and keynote speaker, Thomas Frey, the DaVinci Institute has a long-standing reputation in Colorado as a powerhouse consulting, networking firm, and think tank.

In 1997, the Institute produced a full-day seminar title, “Inventions of Impact.” Over the following year the seminar grew in popularity and was presented to corporate audiences in a 14-city national tour, and in 1998 was recorded as a 12-hour audiobook.

The Institute’s popularity grew both in its home state of Colorado, nationally, and internationally as it began hosting a number of futurist events starting with “Night with a Futurist” early in 2002, and the “Startup Junkie Underground” later that same year.

In 2003, along with a move to it’s new office in Louisville, Colorado, the Institute began producing a number of educational bootcamps, and more notably a larger event, the “Future of Money Summit” sponsored by the Gartner Group and Forbes Magazine in October 2003.

The following year, in 2004, a number of events were produced for inventors, including the first DaVinci Inventor Showcase. That same year, Thomas Frey produced the original concept paper for bringing the United States Patent and Trademark Office (USPTO) to Denver. As a result, the Colorado Governor’s office requested the Institute spearhead a taskforce to make that happen. In 2012, the USPTO officially opened an office in Denver.

Over the next several years, the DaVinci Institute continued to expand it’s offering of workshops, networking events, and its annual DaVinci Inventor Showcase.

Following a facility expansion in 2008, the Institute launched its first coworking operation at its Louisville headquarters.

In 2012, the Institute launched its coding bootcamp, DaVinci Coders, which was the first in Colorado and second in the nation. Over the next five years the number of courses expanded to include Ruby on Rails, JavaScript, Python, HTML, and Game Design.

In 2015 the DaVinci Institute moved into its current 14,000 sq ft headquarters in Westminster, Colorado. Operating under the name, Colony Workspace, the coworking operation has expanded to include 35-40 small businesses (mostly startups) flexibly housed in an idea-rich collaborative work environment.

Today the DaVinci Institute continues to operate as a 501-C3 non-profit, tackling a variety of consulting projects, speaker requests, brainstorming and mastermind sessions. Every year the Institute is engaged in 35-50 projects in as many as 8-12 countries around the world.

Over the past two decades, Frey and his team of luminaries have become a trusted resource, working as consultants and visionaries, to establish a better social and economical future for our entire world.